A Gift of Hope to Orphans in Kenya

KENYA: We were flying low over the plains from Nairobi on our way to Kisumu, Kenya. I looked down from the airplane at the vastness below, and wondered how many soccer fields would fit end-to-end across that mass of land. I might as well have also wondered how many players would be AIDS orphans.

I was traveling with Dr. Martha MacGuffie to the Nyanza District, an area that has the worst AIDS mortality on earth. Dr. McGuffie is the founder of SHARE, an organization created to care for Kenya’s AIDS orphans. SHARE places such children safely in boarding schools, fully paying for their education, room, board and medical care. This is done with the help of sponsors; $600 covers one child’s expenses for a year. The organization is widely known in this area. Families know that the children in SHARE’s care will be shielded from what has befallen countless children here. For a child to get such a sponsorship effectively saves his or her life.

Only three months ago, Usha Wright, a board member of SHARE, went into a mud hut near Lake Victoria and encountered a six-year-old boy living without an adult. His parents had died of AIDS, and he was supporting his two younger siblings. Not far away were elderly grandparents whose eight children had died of AIDS, along with their spouses. Only one grandchild was left alive; he was supported by SHARE.

On this trip, we were not carrying medicines or medical supplies as in the past, but rather 100 soccer balls donated by the professional New York Red Bulls soccer team. Drs. John Sonzogni of Nanuet and Ed Decker of West Orange, NJ, both Red Bull team physicians and orthopedic surgeons, gave them to me for distribution to the children.

Our first visit was to Double Joy, an elementary school built by SHARE. As we drove through the gates, a large sign made by the students came into view, reading, “Welcome Red Bulls!” Since none of us were Red Bulls, we sheepishly took pictures under the sign and continued to the school grounds. We were greeted by Mary Hines, who came from the UK to Kenya 27 years ago to work with orphans, and has never left. She cares for the 90 children of Double Joy as though they were her own. Today she had selected two teams to compete with the new soccer balls.

The children came out, wearing newly sewn soccer shirts to welcome their visitors. I removed two deflated soccer balls, each resembling a pancake. They were beautiful by any measure: pure leather, hand-stitched and with a high white shine. They contrasted sharply with the balls that the children had used until now, made of grass, leaves, mud and string. Each team captain pumped up a ball, and I noticed that both of them were barefoot. Underneath a huge sign spanning the field and reading “Thank You Red Bulls,” 30 players stood in two teams. Their new shirts were immaculate; the expensive soccer balls gleamed in the sun; and they were all barefoot.

One of the teachers blew the whistle. The players charged across the field, setting up plays, chasing the ball, ecstatic at its beauty. In another section of the field, a girls’ team had assembled. Barefoot ten-year-olds were playing in satin dresses they had made; the unfastened backs of the dresses flapped in the breeze because of the lack of buttons. On yet a third field the youngest players, five and six years old, were playing with the same exhilarated energy. The voices of the children were overpowering, spilling out like a wind filling an arena.

Soon our visit to Double Joy was over; we were scheduled to visit nine more schools in Kenya. The next one was five hours away—a four-hour drive on a difficult road to the shore of Lake Victoria, and a ride across the lake on a cattle ferry. As we headed there, my thoughts were haunted by an extraordinary poem read by a 12-year-old girl in the celebration that followed the soccer games. It had been written before she received a sponsor.

Here I am with all dreams shattered
With all plans crashed
How did it all start?
Mmm… I remember
Yes, I remember

Dad died, after a short while
Mum was no more
So here I am
Here I am a beggar, a pest
My name is no longer mine

I have lost my identities
Aunties, Uncles see me as an angle
of being a parasite
So here I am
Here I am in school

Always a victim of circumstances
Why? No pens, no books, uniforms and fees
I am followed, I am chased
Where do I go to?
Whom do I run to?
So here I am 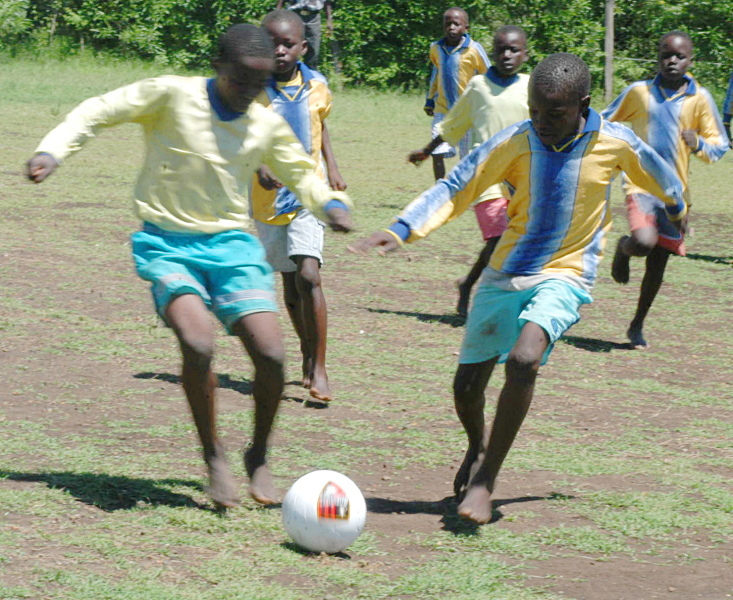 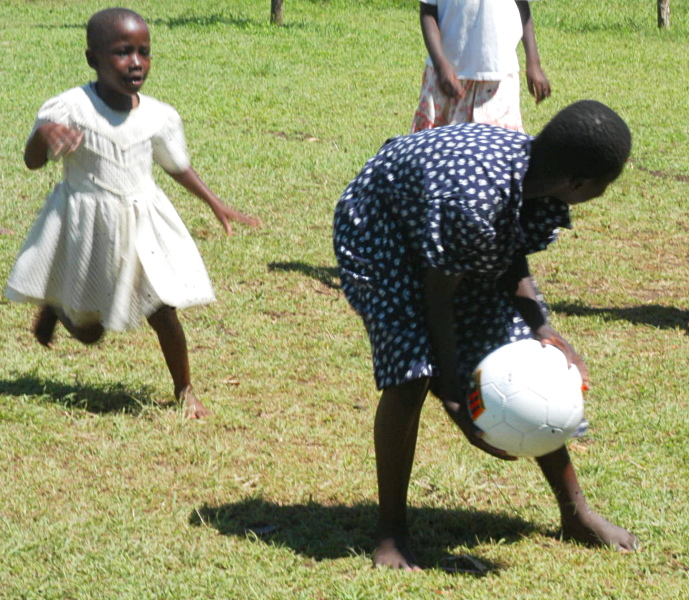 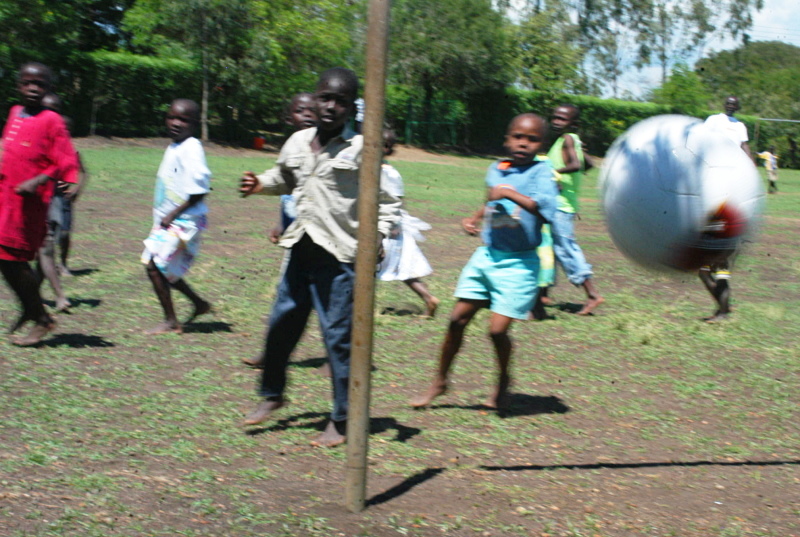 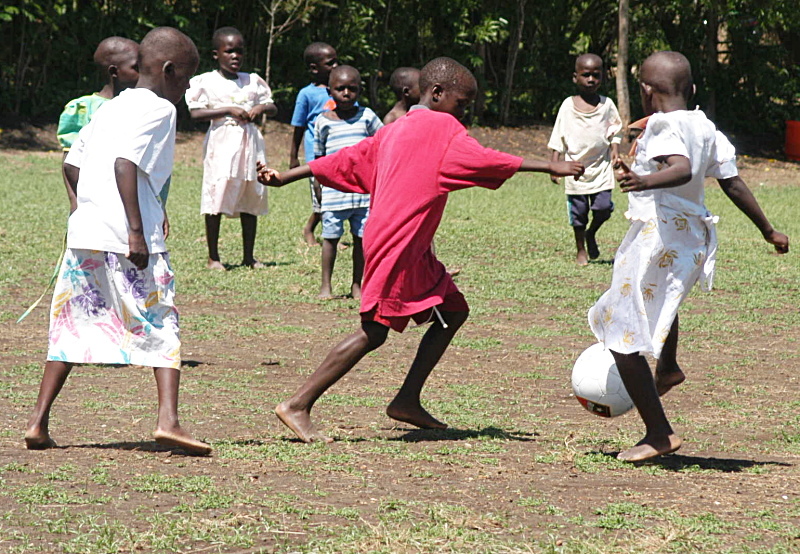