In Kenya, approximately 11% of students who take the examination for admission to University are accepted. This year, 23 SHARE sponsored orphans took the examination. Based upon the national average, we should have expected between 2 and 3 to have been successful. Instead, 13 of the 23 (56%) were accepted to University. This is more than five times the national average! Thank you for the hard work of the educators on the ground and for the support of our sponsors, all of whom are making a difference in the lives of these children.

One of our sponsored orphans, in particular, has distinguished himself. Bildad Kagia, who joined SHARE in 2014 after becoming an orphan, lives with his grandmother. He finished number one among SHARE elementary students. Bildad has gained admission to a “national” high school, which is considered prestigious. This virtually guarantees admission to university which, after some first year fees SHARE will pay, is free. This is a wonderful accomplishment in a country where so few students go on to University and places him on the road to success in his ambition to become a teacher. Here is a video from our “Star Pupil” Bildad:

NEWS FROM OUR MEDICAL DIRECTOR

We have previously reported on some important medical programs instituted by SHARE in order to reduce the mortality rate among babies and their mothers during and shortly after giving birth. Our medical Director, Jeff Karasik, MD would like to expand the Helping Babies Breathe (life in the first golden minute) and Helping Babies Survive (life in first 24 hours) programs to include Essential Care For Every Mother or Helping Mothers Survive. He has approached some other doctors who may have an interest in assisting with the program. Janet, who is the Nurse on site in Kenya would also be likely to assist with this new program. We are hopeful to use the same people we already have for our HBB and HHS programs as we have that infrastructure in place. Jeﬀ will be getting additional data on the mortality of mothers and babies in the Mbita area, served by SHARE and work on the program. 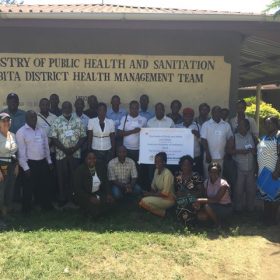 Janet is a supervisory nurse at Moi Teaching Hospitals in Eldoret. She is a master teacher in Helping Babies Survive and works with SHARE in teaching and follow up.  We have trained personnel from about 50 facilities in the region, ranging from tiny dispensaries to large hospitals. We send teams out quarterly to ensure that the trainees are practicing the skills they have learned and that the training equipment, which we have provided, is being used and maintained correctly

In Kenya, the school year is divided into 3 terms or trimesters. Currently, most students are home between semesters. While SHARE provides them and their guardians with food, if you sponsor an orphan a relatively small donation directly to them can make a difference for them, allowing them to purchase additional clothes and food (see the donate button at the bottom of the newsletter which will bring you to a page where that can be done).

As we previously noted, another program SHARE conducts is what has been dubbed medical outreach. In addition to continuing to distribute PPE to the children and their guardians, as necessitated by the COVID-19 pandemic, SHARE has continued its program of providing medical resources to the underserved communities. We have also been able to undertake physicals for SHARE sponsored orphans, which aids in maintaining their wellbeing. 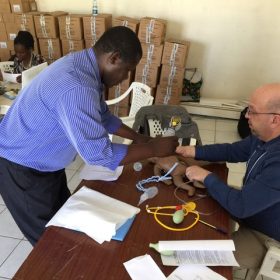 Jeff Karasik is now seeking grant money for a new program. Jeﬀ would like to start a woman’s empowerment program which is lacking in schools. The subset of girls who do not go to college are often prayed upon sexually. This would be a self-funded program and is not expecting funding from SHARE. Jeﬀ’s sister is a grant writer who will be working on a grant application. Anyone with knowledge of potential grants available for such a program, please let us know.

As a new feature of our Newsletter, we have begun periodically spotlighting someone who has contributed, in multiple ways, to the success of SHARE. Mark Jacobs has been a long-time supporter of SHARE. Mark has provided multiple major donations to SHARE’s annual golf outing and dinner, which has been the organization’s major annual fundraiser. He has also helped in obtaining grants from other organizations that have assisted with SHARE’s activities. The continued support of Mark, and others like him, provides substantial aid in operating the programs run by SHARE that improve the lives of our sponsored orphans and provide lifesaving medical assistance to others in the community. Thank you Mark!

Don’t forget, we plan on again holding our annual golf outing and dinner on September 20, 2021. Please mark your calendars, Details to follow. 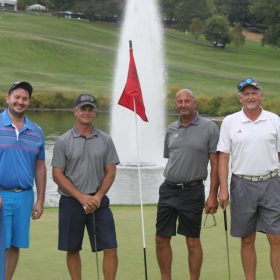 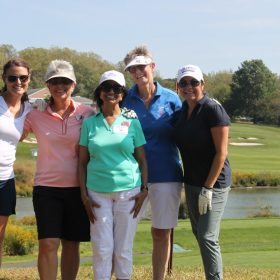